As many people know, poppy is an important source of tranquilizers and drugs. The immature fruit contains milky white slurry, which is opium when dried. But you may not know that poppy seed is an important food product, which contains healthy oil and is widely used in salads around the world. Maybe you have eaten it for a long time.

A flower is very beautiful. It’s shaped like a flame, like a butterfly coming out of a cocoon. But it is the source of all evil. Yes, this kind of flower is poppy. We are very resistant to evil drugs, but as tattoo lovers, especially girls, we can’t refuse the beautiful and enchanting poppy tattoos.

Back to ancient Egypt, opium poppy was called “God flower”. In order to express the praise of opium poppy, ancient Greeks asked the goddess in charge of agriculture to hold a poppy in her hand.

In ancient Greek mythology, there is also the story of poppies. There is a god of the devil who is in charge of death, called supus. His son, mafis, is holding poppies in his hand and guarding his sleeping father from being awakened.

In Europe, the Flemish red poppy of Papaver is regarded as a “flower of remembrance”. In 1914, the first World War broke out, and the German army soon occupied Belgium. Britain and France sent troops against Germany one after another. The land of Flanders in Belgium has become the main battlefield in the west, and millions of soldiers have fallen here. On October 8, 1915, Canadian doctor John McRae witnessed the brutal war that deprived so many soldiers of their lives. She wrote a poem “in Flanders battlefield” to commemorate the soldiers who died to defend their motherland, so as to encourage more young people to enter the war and protect their homes. His poem also contains the author’s spirit and philosophy of opposing war and yearning for peace.

Inspired by John McRae’s poems, American Michael monya began to wear red poppies to commemorate the soldiers who died in the war. She also sold poppies and used the money to help disabled veterans.

The Origin of The Good Symbol of Poppy

In 1920, E. Gue rin, a French woman, sold handmade poppies to raise money to help orphaned children after the first World War. She visited Canada in 1921 and persuaded the Canadian War Veterans Association to accept poppies as a mark of Veterans’ day to raise money. Therefore, from the last Friday of October to the Veterans’ Memorial Day on November 11, tens of millions of poppy marks are distributed to the public. People wear the marks on the left collar of the clothes or near the heart to express their mourning for those who died in the stomach country

The red poppy here is two varieties of corn poppy in terms of plant nature: Flanders red poppy and alpine poppy, which are not the same plant as opium poppy. Culturally, the red poppy symbolizes beauty, remembrance and a theme of sacrifice, love, respect and remembrance. Therefore, the red poppy pattern is also one of your favorite choices.

The Meaning And Moral of Poppy Tattoo

Poppy is regarded as the flower of sin, but it has the meaning of hope. The poppy full of temptation is the representative of the love of death, reflecting the extreme of love. For deep feelings, the last way to forget is to forget. White poppy embodies a kind of relief, but also is a gorgeous, noble pronoun, attracting countless people to indulge in it.

Although poppy is regarded as the flower of sin, it has the meaning of hope. It means that when you can face up to your mistakes and correct them in time, there must be opportunities and hopes ahead.

Some of the more extreme wanderers believe that the ultimate love is death. Only when lovers can pay for each other’s lives can they show their profundity. So the temptation of poppies is the best expression of love for death.

Poppies are beautiful and full of temptations. People often indulge in their magnificent appearance and are willing to be their captives. You can think of it as a synonym for magnificence and nobility, but you should remember that there are hidden dangers under the beautiful appearance.

Because of the excessive beauty and glamour of poppy flowers, people who choose poppy tattoos hope to use poppy tattoos to remind themselves to have self-control in the face of temptation.

Human beings like to appreciate the beauty of flowers, including the unusual poppies. Combined with the popular science of poppy in this article, I believe that we will not think that poppy is just the representative of evil. You can rest assured that the bold lines poppy! 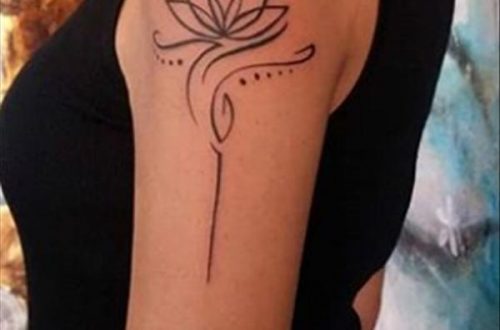 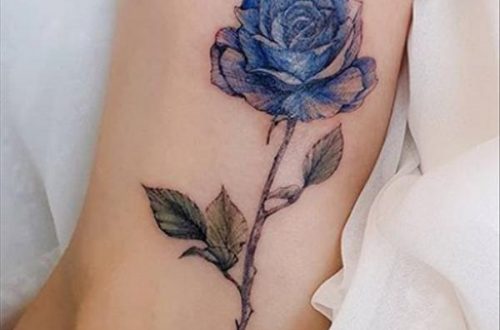 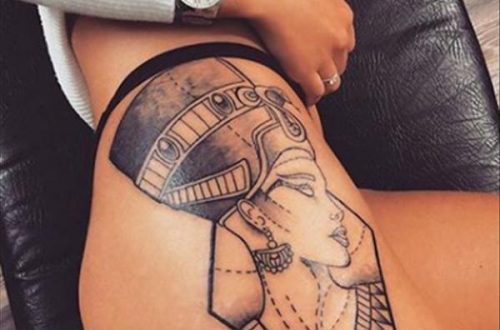 Super Charming 40 Kinds Of Ink Tattoos, All Are Well-Crafted Works